Home / Things To Do / Mountain Climbing

Uganda is the true pearl of Africa, endowed with hills, picturesque, valleys, plains and mountains which offer the memorable hiking experiences in Uganda. The volcanic mountains of Mgahinga Gorilla National park are not just rocks for climbing but rather a charming hike traverse the dense forests which are located on the lowers of the mountain, a peek at the endemic birds of East Africa that will entertain you with their chanting songs and have made these highlands a paradise for birders. On a lucky day, you may also glance at the mountain gorillas that treat the bamboo in the Virunga massif.

In the east of Uganda are Mount Elgon which is about 4,321 meters high and has the largest caldera in the world and Mount Moroto. To the west are the Rwenzori Mountains and to the south west are the mighty Virunga ranges which include Mount Sabinyo (3,645 metres), Muhavura (4,127metres) and Mount Mgahinga (3,474 metres). Hiking the mountains of Uganda is a test of strength, character and an accomplishment that will leave prouder that before the hike. Below are the top places for mountain climbing in Uganda.

The Rwenzori mountains make up Rwenzori Mountains national Park in Uganda which is located at the boarder of Uganda and Democratic Republic of Congo, covering a width of a approximately 70km and a length of 150km.

These mountains are a home to the stunning glaciers, rare wildlife, scenic waterfalls, lakes and rivers. These block Rwenzori are ranked the best 9th in the world and of course the best in Africa for mountain hiking and climbing adventures.

There are various trails that climbing adventurers can take to trek to the peaks of the Rwenzori mountains. These include; the central circuit which allows trekkers to reach the highest Margherita peak. This is the longest trail which takes about 8 days and 7 nights to reach Margherita peak. There is also Mahoma loop which is a 3 day hiking trail, among others. The Rwenzori Mountains make a prime destination for mountain climbing in Uganda.

Mountain Elgon is located in eastern Uganda bordering with Kenya. Its highest peak is Wagagi at 4321m was once Africa`s highest peak but it gradually eroded to its current height 4321m making it the 8th highest mountain in Africa and 4th in East Africa. Mount Elgon also has the largest caldera in the world measuring 50km by 80km. the slopes of mountain Elgon.

Climbing Mount Elgon is not only intended to reach the summit but also experiencing the varied vegetation zones which house plenty of wildlife along the slopes that you are likely to encounter during the trek. Some other interesting features you will encounter include water pools, caves, falls, and the splendid scenery. There are mainly two trails that lead you to the peak on Mount Elgon namely Sasa trails which is accessible from Mbale and takes about 4 to 5days for trekkers to reach the summit and Piswa trail which is more easier than the Sasa trail.

The Sipi Falls; this consists of 3 waterfalls (85m, 75m and 100m) strategically located along the slopes of mountain Elgon. They are argued to be the most beautiful waterfalls in Uganda and the most tourism attraction in the eastern region of Uganda. Mount Elgon and Sipi Falls have become very popular for day hikers from Kampala because they are very accessible. There are also volcanic Virunga Mountains that are available for hiking namely; Mount Muhabura which is 4127m high, Mgahinga (3474m) and Sabinyo (3645m).

Request for a quote 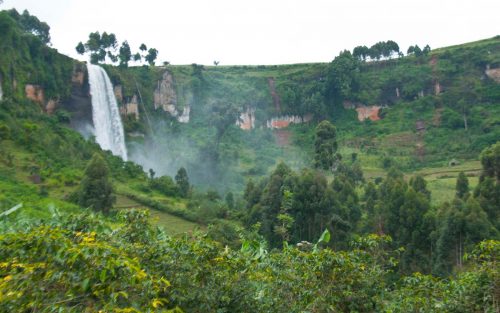 Hiking in the eastern countryside to the foot of the falls. 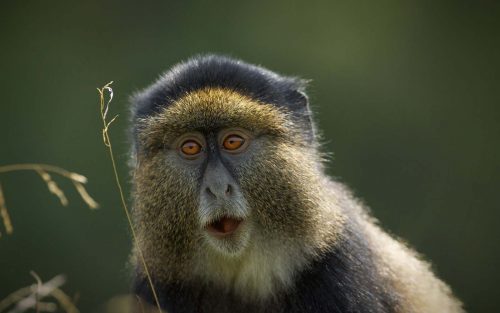 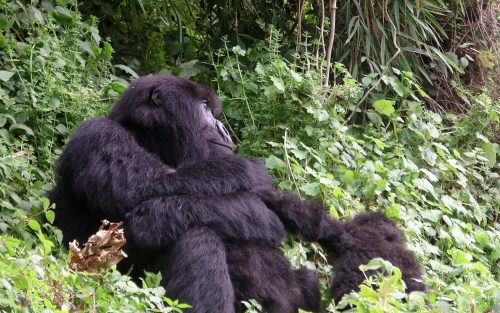 Trekking gorillas in Uganda and hiking the moderate Sabinyo mountain.